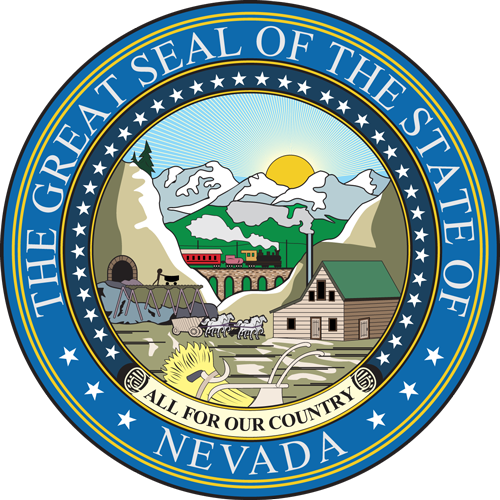 File a Complaint Against a Licensee

Our Board receives and investigates reports of alleged unlawful, unauthorized, unqualified, or unethical practice of audiology, speech-language pathology or fitting and dispensing hearing aids by licensees and initiates disciplinary action as necessary to ensure the welfare and safety of the public.

The Board only has jurisdiction to take disciplinary action against a licensee. Board response to unlicensed practice is considered administrative action, as the Board’s jurisdiction is over the subject matter/practice.

If you are NOT making a Complaint against a licensee, learn more about Reporting Unlicensed Practice here.

WHO MAY BE NAMED IN A COMPLAINT?

Formal complaints may be filed with our Board against any licensee type listed below:

Please note that the Board does not regulate businesses. A complaint should reference at least one licensed practitioner over whom the Board has authority. The licensee against which the complaint is filed is referred to as the “Respondent.”

WHO MAY FILE A COMPLAINT?

A complaint may be filed by any of the following, and the person making the complaint is referred to as the “Complainant”:

Per NAC 637B.042(7), it is the professional responsibility of any Board licensee to report to the Board any unlicensed, unauthorized, unqualified or unethical practice of audiology, speech-language pathology or fitting and dispensing hearing aids that is occurring.

WHAT MUST BE INCLUDED IN A COMPLAINT?

A complaint must include ALL of the following:

HOW ARE COMPLAINTS FILED?

A complaint must be made in writing and must be submitted on a form provided by the Board (NRS 637B.260; NAC 637B.720). The form must be completed, signed, and dated by the Complainant, and submitted to the Board Office via email, regular mail, or fax.

Per NAC 637B.720, the Board’s Executive Director, in consultation with Board Counsel, will review each complaint to decide if it merits a formal investigation.

STEP 3: Formal Investigation and Notice to Respondent of Intent to Consider Disciplinary Action (if applicable)

The Board has authority to initiate disciplinary action per NRS 637B.250. If a formal investigation proceeds, the Respondent is given notice of the Complaint per NRS 233B.127 and is entitled to an attorney at all times during this process. The Complainant is also notified in writing when a case is opened.

At this stage, an investigation is conducted to determine whether sufficient evidence exists to substantiate an allegation and the Respondent is provided an opportunity to respond to the complaint allegations. When a complaint is formally investigated, interviews may be conducted with the Complainant, Respondent, and any other individuals who have knowledge of the alleged circumstances. Details of the investigation remain confidential and are not part of the public record. Per authority granted in NRS 637B.135, the Board may also issue subpoenas to the Respondent or other entities to gather information.

Hearing Purpose: The purpose of the Hearing is to determine contested issues related to the practice law and/or regulations allegedly violated by the licensee. Specifically: 1) Whether the licensee engaged in certain acts; and, 2) If so, whether those acts violate the Board's practice act and regulations. If these are determined to have occurred, the Board may then determine the appropriate disciplinary action.

Hearing Process: This Hearing is not as formal as a court proceeding but must provide the Respondent an opportunity for due process and conduct its proceedings in consideration of and in accordance with fair play. Per NAC 637B.730, contested disciplinary hearings must be conducted in accordance with NRS 637B, NRS 233B, NRS 622A, and NRS 637B.250 to 637B.288, inclusive. The Complainant and others may be called as witnesses. Board members will hear the case and take testimony from both sides: Board staff, represented by the Deputy Attorney General, and the Respondent and their Counsel, if represented.

Recusal & Abstention Due to Conflict of Interest: A Board Member who identifies a potential conflict of interest on a case, whether through prior knowledge of the investigation, a past/present personal or professional relationship with the licensee, or some other reason for which they feel they could not be impartial, should consult with Board Counsel and consider recusing themselves from the Hearing or Consent Decree review. The member may still be present in the meeting, as their presence contributes to meeting the overall quorum requirement but can then recuse (withdraw) themselves from the discussion and deliberation and abstain (decline to vote) on the findings and discipline.

Per NAC 637B.735 and pursuant to NRS 622.400, the Board may also order the reimbursement of attorney’s fees (Board Counsel) and costs relating to any disciplinary proceedings.

The final Board Order detailing the finding and discipline becomes Public Record and may be released by the Board on request. The Board may also be mandated to report this action to one or more state/federal entities – see Reporting Requirements below.

As noted in NRS 637B.280(3) an order that imposes discipline and the findings of fact and conclusions of law supporting that order are public records. The Board may release a copy of a disciplinary order to anyone upon request and will send a copy of a final order to the original Complainant when the case is concluded. The Board is mandated to report disciplinary actions to the following entities:

The Board may also communicate or cooperate with or provide any documents or other information to any other licensing board or any other agency that is investigating a person, including law enforcement. (NRS 637B.288(3))

The Board retains all complaints, including any complaints not acted upon, for at least 10 years. (NRS 637B.260(3))